The Year 3/4 Hockey team competed in the COTSSP Hockey tournament at Brooke Weston school where they thoroughly enjoyed the experience. 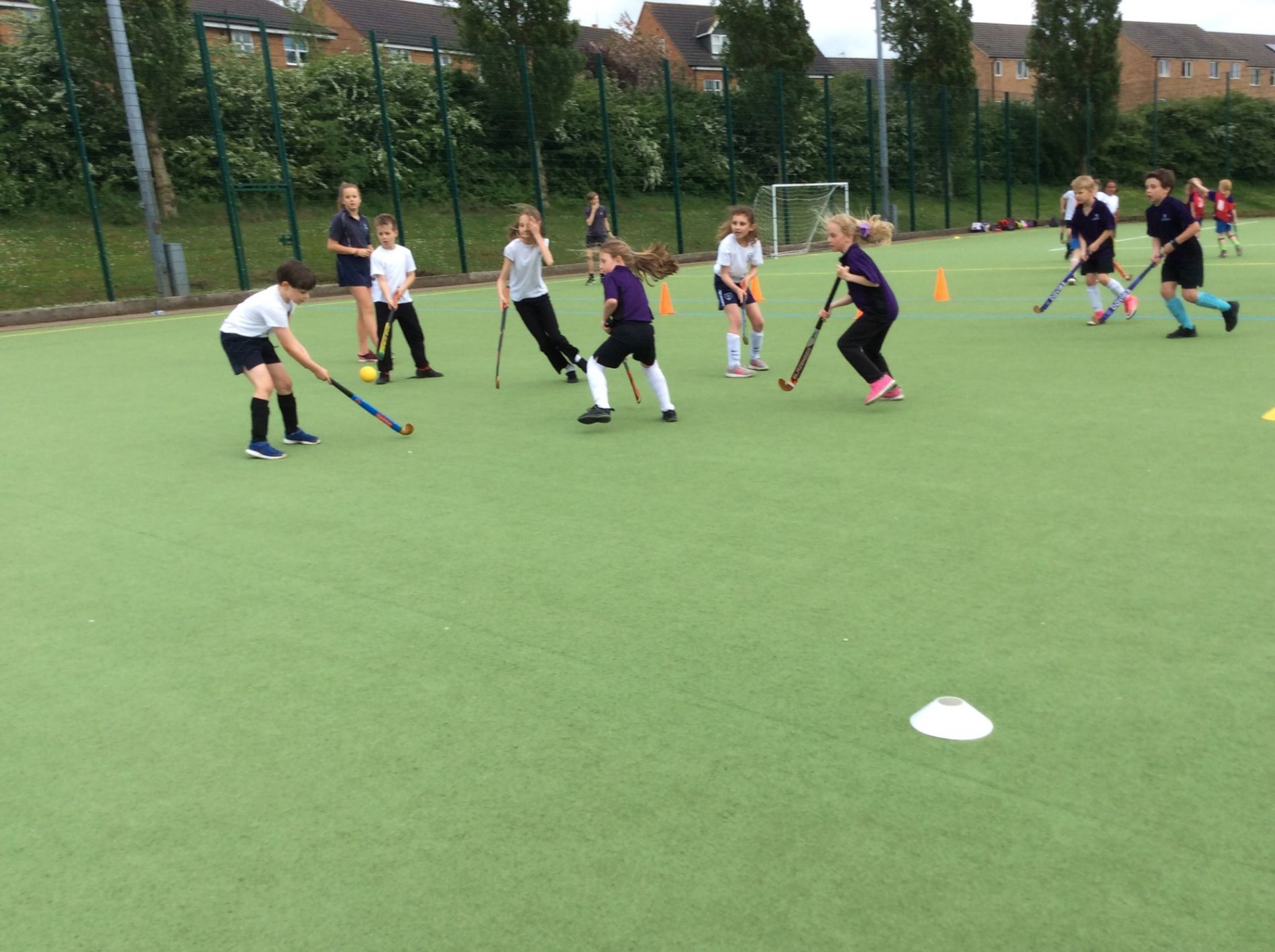 The Year 3 team played St Patricks in the first game and lost 4-0 after that they played Our Lady's 2 narrowly losing 1-0 in a game they dominated. In the third game they played Our Lady's 3 losing 3-1 with Hamish White-Young grabbing a goal after some superb dribbling. In their final game against Little Stanion they managed a 0-0 draw which left them with 10 points overall.

The Year 4 team began the tournament with a 2-1 win over St Brendans which was followed by  2-1 win over Our Lady's 1. In their final game against Gretton they produced a great team performance to win 3-0 which put them top of the group and into the final.

In the final the Year 4 team went 1-0 down early on but showed excellent resilience to win 4-1 with Rocco Wilson, Kai Manson and Logan Banfield getting on the scoresheet.